Our country has many cemeteries that honor our fallen veterans. Although we all pay respect to them, one Washington grandmother has made that respect a way of life.

Since last year, Kelly Mulvaney has been cleaning the headstones and beautifying the graves at Grand Mound Cemetery in Rochester County. As of this month, she has cleaned more than 600 veterans’ headstones.

“The people aren’t forgotten, but sometimes the headstones get old and covered with dirt, and people can’t get here,” she explained.

Mulvaney has been dubbed the “Rochester Cemetery Cleaning Angel” by locals. What’s even more amazing is none of her family members are buried in that cemetery.

She said she was inspired to act when she and her granddaughter were taking a walk through the cemetery.

“I saw all the military headstones covered in mold and mildew and I thought, those aren’t supposed to look like that,” she told a local paper.

Crystal Hitchcock, whose mother is buried in the cemetery, said she can’t believe someone would “take so much time out of their day and their week and year and do that for somebody they don’t even know.”

On her Facebook page, Mulvaney says she wants to “restore our heritage one headstone at a time.”

She has received messages from people who want to join her as volunteers. You can follow her progress on her Facebook page. 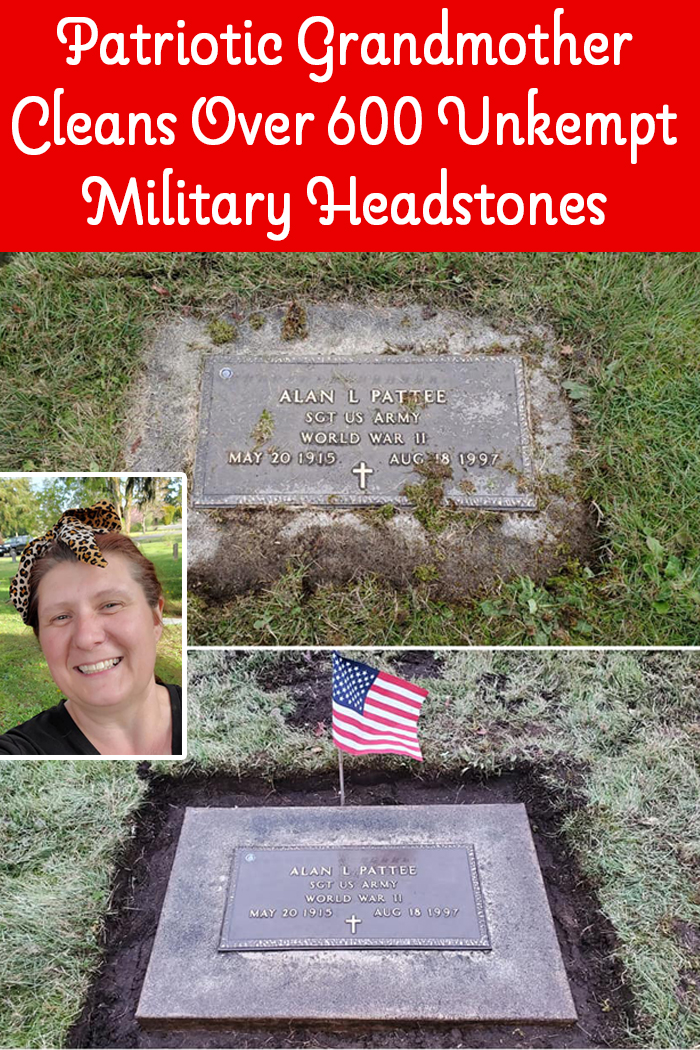