A lawn care worker from Florida is being called a hero by police after he saved a man’s life despite nearby homeowners calling for the hero to let the dying man “die somewhere else.” On the Palm Beach County Sheriff’s Office (PBSO) Facebook page, there is a photo of a man named Tony (we don’t have his last name) who is being called a hero by the department. Tony is a familiar sight in the area. The post says that many people are accustomed to seeing Tony pushing his lawnmower around the neighborhood. However, on Monday, people witnessed something different. Tony was walking to work when he saw someone in trouble.

There was a car on the street and the man in the car was apparently having a serious seizure, according to the report by PBSO. Without even giving it a second thought, Tony ran up to the car, which was rolling down the street. Tony grabbed the car’s fender to try to stop it from continuing to roll. The car even ran over Tony’s foot. Fortunately, he had on steel-toed boots, so he wasn’t injured. Finally, the car stopped on the lawn of a neighbor. However, the car’s windows were rolled up and the doors were all locked. Meanwhile, the driver was in terrible shape as he was convulsing like crazy. 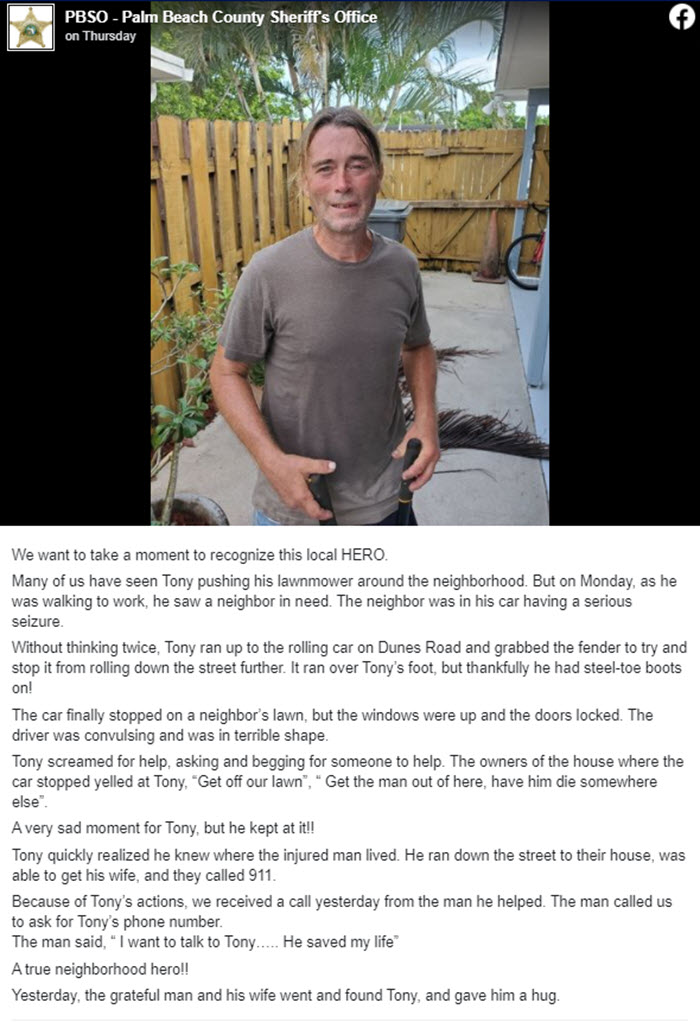 Tony started screaming for help, and to his shock, the owners started screaming back at him. However, they weren’t trying to help. They were in fact screaming for the man and Tony to “Get off our lawn,” and they said to get the man out of there and “have him die somewhere else.” Tony was mortified, but he wasn’t giving up. He quickly began to realize that he knew that man and knew where he lived. He ran down the street to the man’s house and got his wife as they called 911. 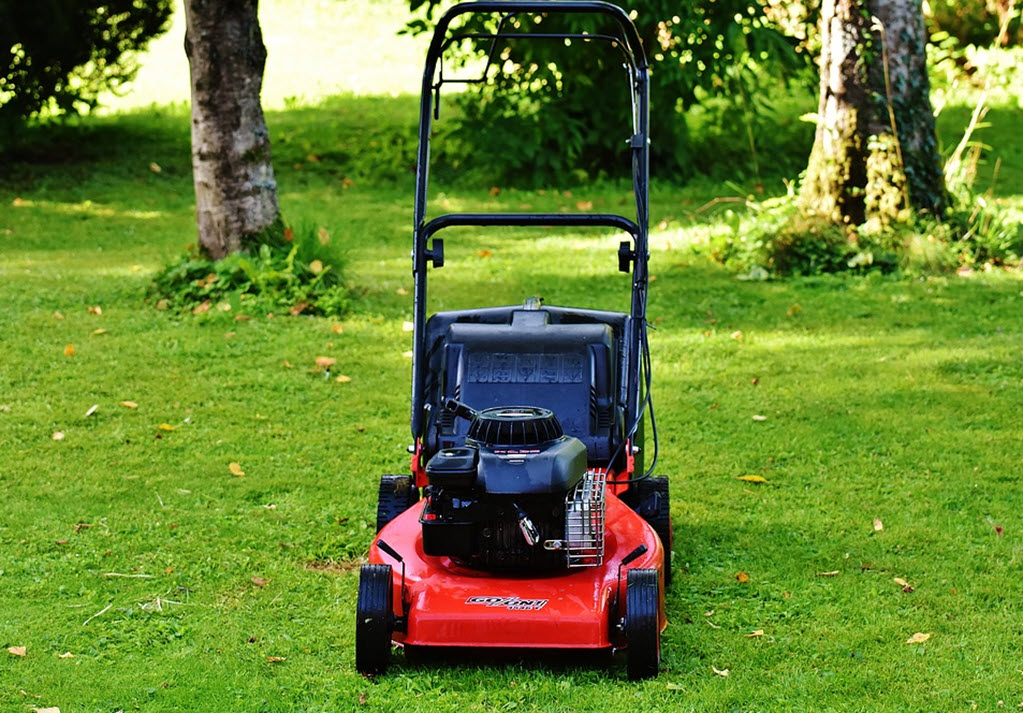 Because of Tony, this man’s life was saved. When he woke up, the first thing he wanted to do was call Tony. Later, the man and his wife went to find Tony to hug him.