A grandmother in Alabama is proof that you’re never too old to be a princess. The 94-year-old fulfilled a lifelong dream when she wore a wedding dress for the first time.

Martha Mae Ophelia Moon Tucker, a grandmother in Birmingham, was first married in 1952. At the time, black women were not allowed in many stores, including bridal boutiques. She got married without the fun of trying on dresses that many brides take for granted.

Her family never knew about her secret desire until one evening when she was with her granddaughter Angela Strozier.

The two were watching the Eddie Murphy comedy Coming to America, which is one of Martha Mae’s favorites. During the wedding scene, Strozier heard her grandmother say, “I’ve always wanted to try on a wedding dress.”

Determined to fulfill that wish, her granddaughter enlisted other family members for help.

Family members quickly arranged a dress fitting at David’s Bridal in Birmingham. The whole family gathered to watch their grandmother fulfill a wish she’d held for over 70 years.

Erica Tucker, another granddaughter, captured the moment in a Facebook post that went viral. In a caption accompanying a picture of Martha Mae in a beautiful gown and veil, Tucker wrote, “Y’all better create moments and memories with your people. I’m so glad I was there to witness this.”

Local news caught wind of the story and interviewed the family. Tucker told WZM News, “There’s nothing her children and grands wouldn’t give to make her smile. I’m sure she doesn’t know what going viral is, but she loves attention, so please believe that all of this love has brightened her days.” 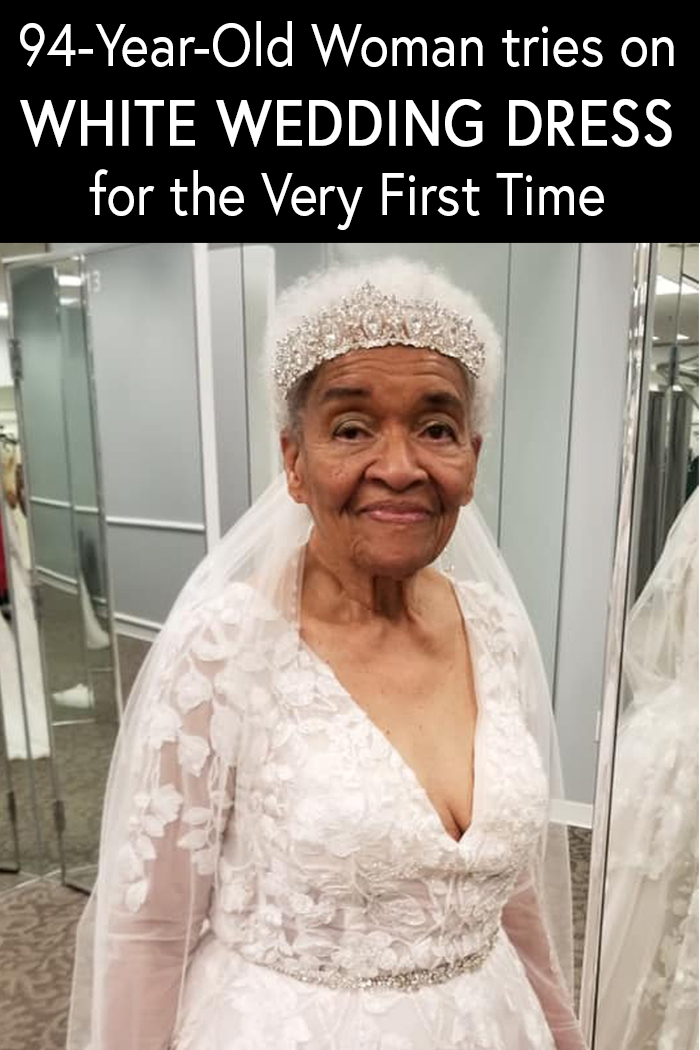